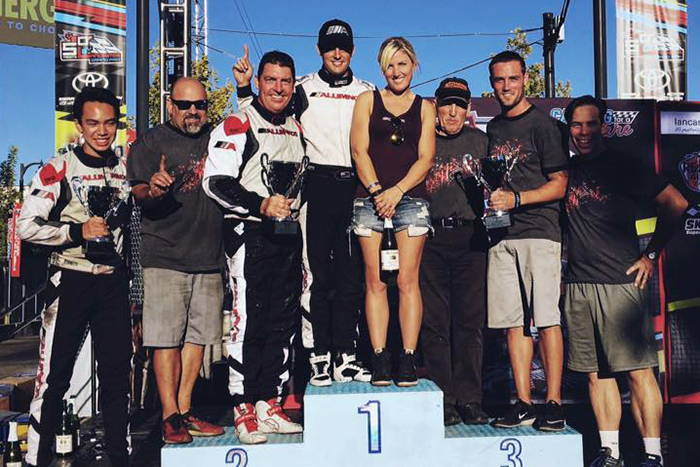 Team Aluminos is constantly among the top contenders at the major karting events in North America, including victories at the SKUSA Pro Tour, SKUSA SuperNationals, and others over the last few seasons. One event that continues to elevate in the western half of the United States is the Streets of Lancaster Grand Prix. Each year, Aluminos has fought for victories and came away with the headline victory in 2015. Another solid driver roster for Team Aluminos traveled to the southern California city for the September 24-25 event, serving as the California ProKart Challenge finale. Once again, Aluminos was at the top edge of the fields with Kiwi driver Matt Hamilton defending his victory from 2015. A second victory was added by returning driver Jonathan Allan in S4 Super Master with Jason Pettit placing runner-up in S2. 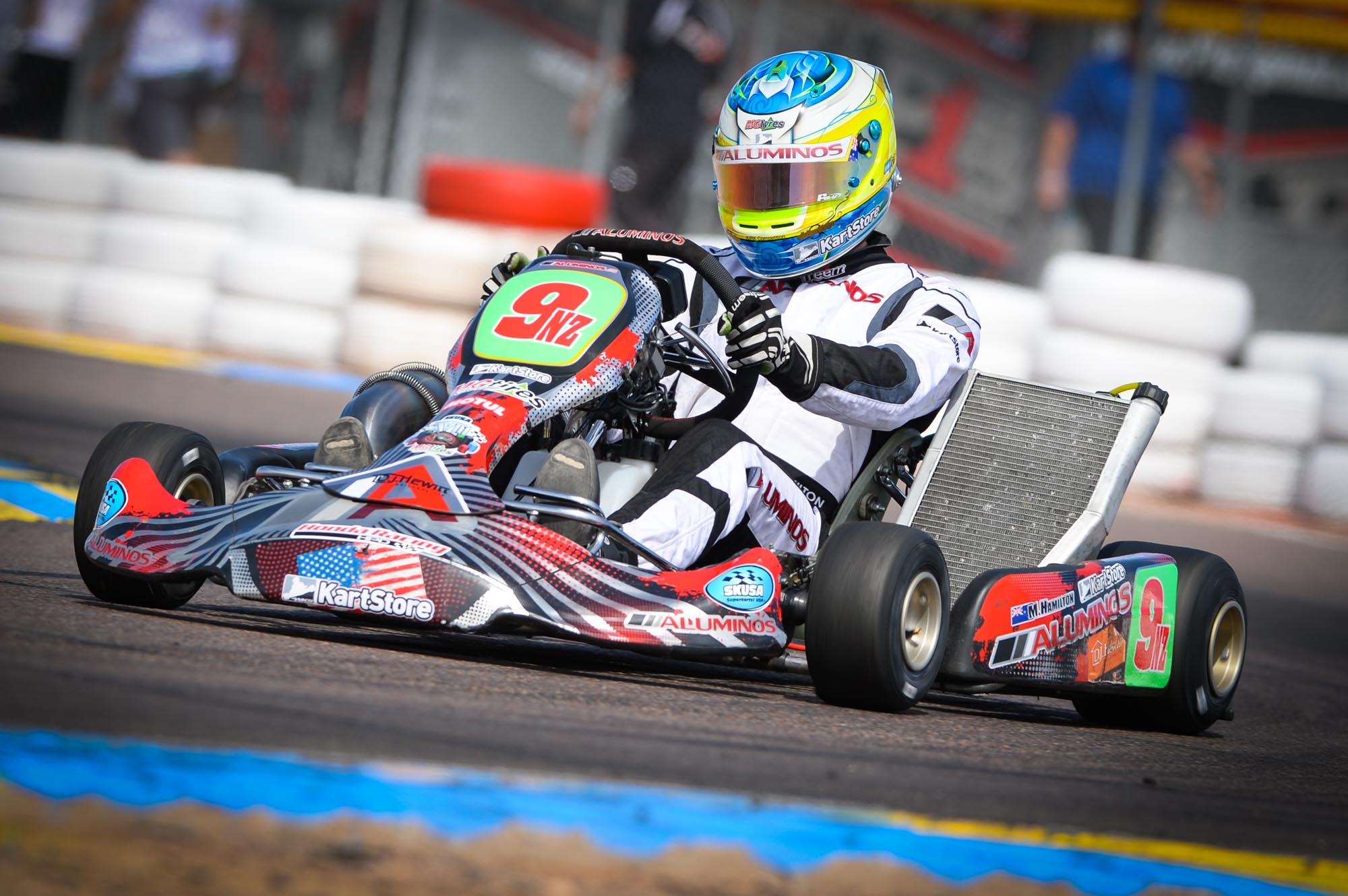 Christchurch kart ace Matthew Hamilton is returning to the town of Lancaster in California this week to defend the S1SKUSARnd1PhoenixMattHamilton-2.jpg stock moto class title he won at the annual Streets of Lancaster Grand Prix kart street race meeting this time last year.

Lancaster is north-east of Los Angeles and as a round of the SuperKarts USA (SKUSA) organisation's annual California ProKart Challenge series it attracts some of the top kart racers in the United States. 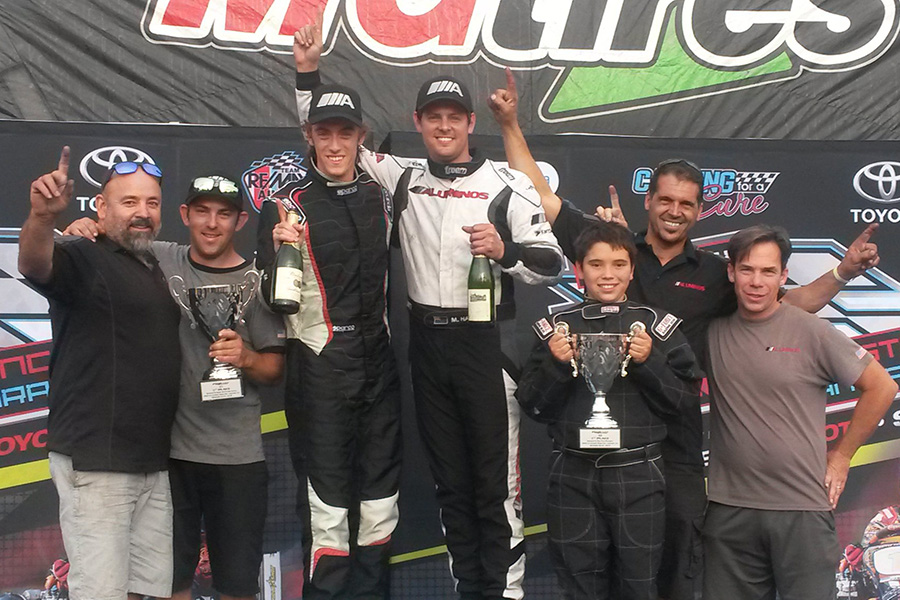 The Aluminos squad celebrates the two victories at the Streets of Lancaster Grand Prix (Photo: Aluminos)

The 2015 season is coming to a close, and the Aluminos operation continues to strive to be at its best for crunch time. When a season begins, teams and drivers work to be at its best when the prestigious victories and championships are on the line. Aluminos always positions itself to be among the contenders, and the recent Streets of Lancaster Grand Prix was a prime example. The seventh annual event in the southern California area took the California ProKart Challenge program and the best from the western half of North America to the city streets for a rare two-day event on a temporary circuit. Aluminos traveled south with a handful of drivers, coming away with a victory in the S1 Pro Stock Moto division behind Matt Hamilton and the triumph by Will Preston in the S2 Semi-Pro Stock Moto category. 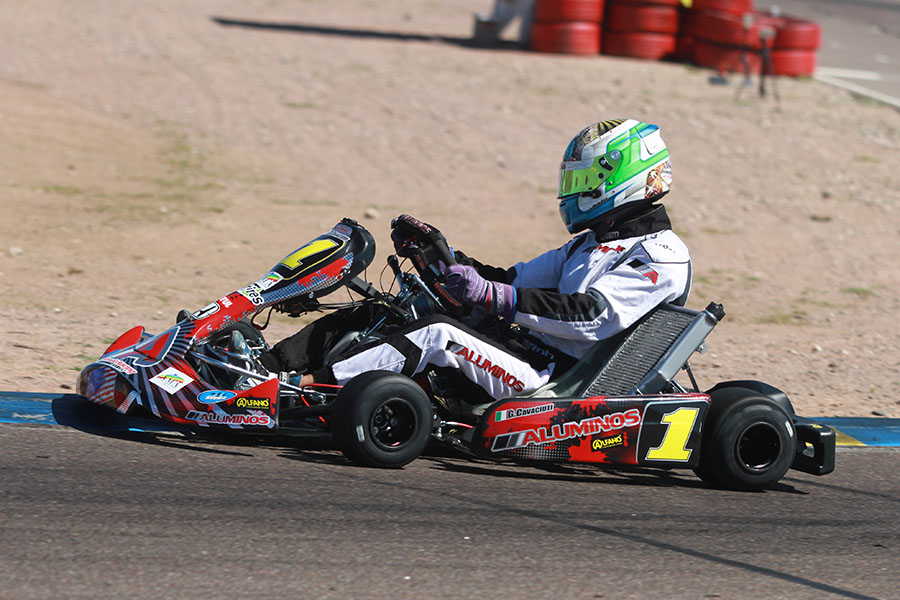 Aluminos LogoThe Aluminos name is well-established in the sport of karting here in the United States, and the last two years has been about developing their own chassis brand. Reaching its inaugural victory at the 2013 Superkarts! USA Pro Tour SpringNationals. Aluminos has continued to win races and help drivers reach the podium from the local level to the biggest stage of the sport. That type of success has been on display during the first half of the 2015 season.

Carlos Calderon, Will Preston, and Jim Kidd have led the Aluminos brand at the California ProKart Challenge program. Calderon opened up the season with a victory in Buttonwillow, making his TaG Master debut, adding a runner-up finish at the last round of competition. Preston and Kidd notched their first wins of the season at the most recent event at the Simraceway Performance Karting Center on June 6. Preston has continued development under the Aluminos banner, clinching his first in the S2 Semi-Pro division. Kidd is among the new drivers moving over to the S4 Super Master division, earning his first win in the category at his home track.