Two Victories for Aluminos at California ProKart Challenge in Monterey

Two Victories for Aluminos at California ProKart Challenge in Monterey 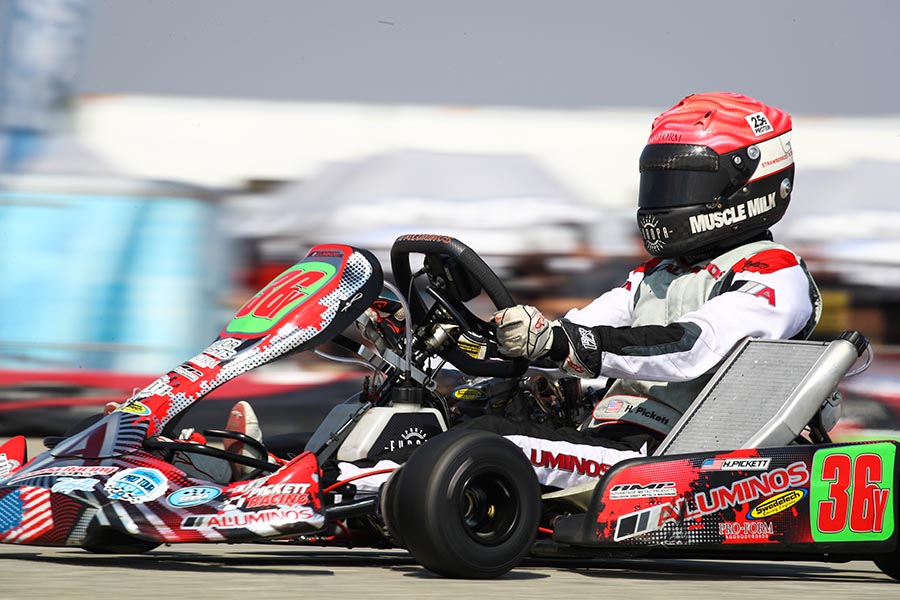 The 2017 season continues to be a successful year for the Aluminos chassis in North America. Two victories in the headline category at the Superkarts! USA Pro Tour has been the highlight, however, the hard work and dedication that has helped to develop the Aluminos chassis is done at the regional and local level. The operation traveled to the California ProKart Challenge event at the Monterey Bay Karters facility in Marina, California on September 1-2 where two more victories were added to the 2017 total, including the chassis’ first championship of the season.

The Aluminos brand has now won four of the five S1 Pro Stock Honda features at the 2017 California ProKart Challenge, thanks to Hunter Pickett and Billy Musgrave. The two drove to a 1-2 finish in Monterey, tightening up the championship chase between the two of them. Musgrave – vice champion in the 2017 SKUSA Pro Tour championship chase – set the pace throughout much of the day aboard his MRC Aluminos. Pickett powered his Aluminos past Musgrave in the main event with fast laps of the race, staying out front to earn his first California PKC victory of the season. The two enter the Streets of Lancaster Grand Prix as the favorites to leave with victory under the lights on September 30. 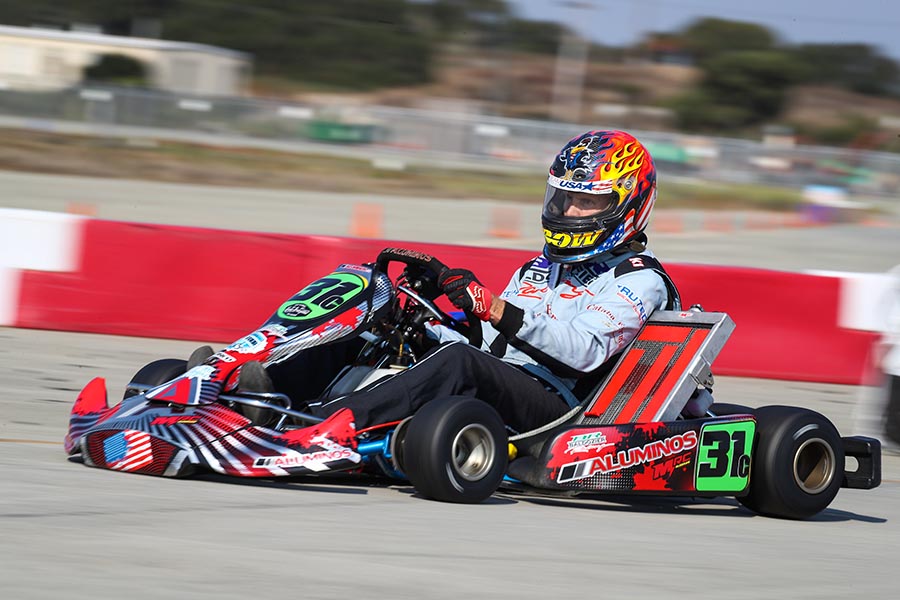 The second victory of the event came from new Aluminos driver John Crow in the S4 Super Master Stock Honda division. The longtime karter moved over to the Aluminos chassis under the Musgrave Racing Company tent in the middle of the season, earning his third straight event sweep at the California PKC program. Crow drove away to a six-second victory, matching the pace of the S4 frontrunners throughout the day. The victory locked up the series championship with his fifth triumph of the season. It was a sweep for Aluminos on the S4 Super Master podium. Warren Kindberg recorded his best finish of the season placing runner-up to Crow. Behind him is longtime Aluminos driver Jonathon Allen, earning his fourth podium finish in the category in five rounds.

A third victory on the day in Monterey nearly came in the S2 Semi-Pro Stock Honda division. Championship leader Jason Pettit was the top driver all day aboard his Aluminos machine. Setting fast time in qualifying, Pettit won both heat races to secure the pole position for the main event. Pettit continued leading in the Final, keeping pace with the S1 drivers ahead of him. Eventually, he was run down and passed for the lead, settling for the second position. In the five races this season, Pettit has not finished worse than second, earning victory in April, and enters the series finale with a solid lead in the championship chase. Josh Early placed fifth aboard his MRC Aluminos, earning a second top-five finish on the season. 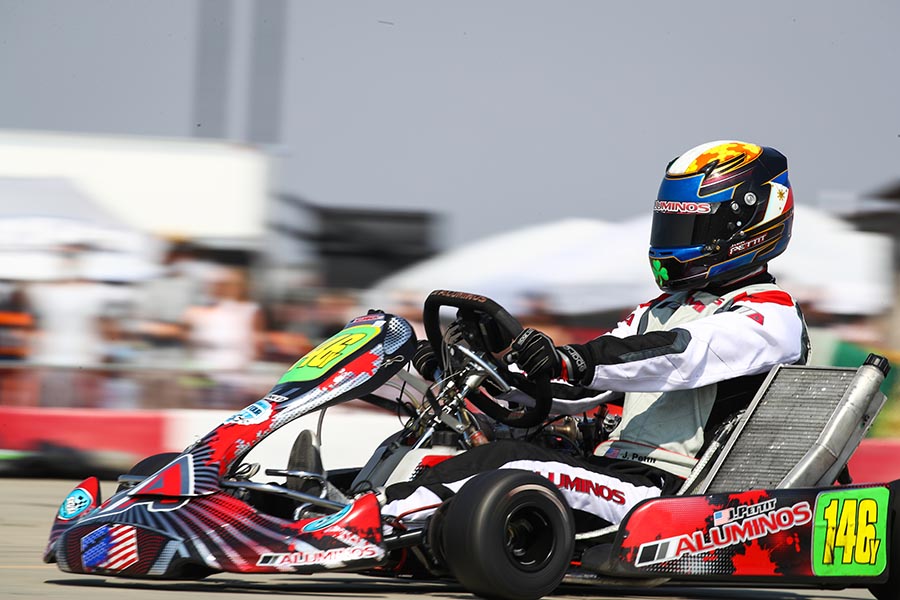 Aluminos is preparing for the California ProKart Challenge finale, the famed Streets of Lancaster Grand Prix on September 30-October 1. Aluminos is providing shifterkart and TaG packages for Arrive-and-Drive opportunities at the growing street race in Southern California. The Aluminos operation can tailor a program around each customers’ needs, while also providing tent space or technical assistance.

The Aluminos brand continues to expand across the United States, with the Northern California operation stocked loaded with frames, components and accessories for new and current customers and dealers – including the 100% ceramic brake rotors. For more information regarding the Aluminos chassis, or the successful race team, browse this website or check us out on Facebook.